- Socialized with other animals? Dogs and cats

- Purrsonality in a few words?  Laidback and can be playful, but mainly chill.

- Any known medical conditions? No 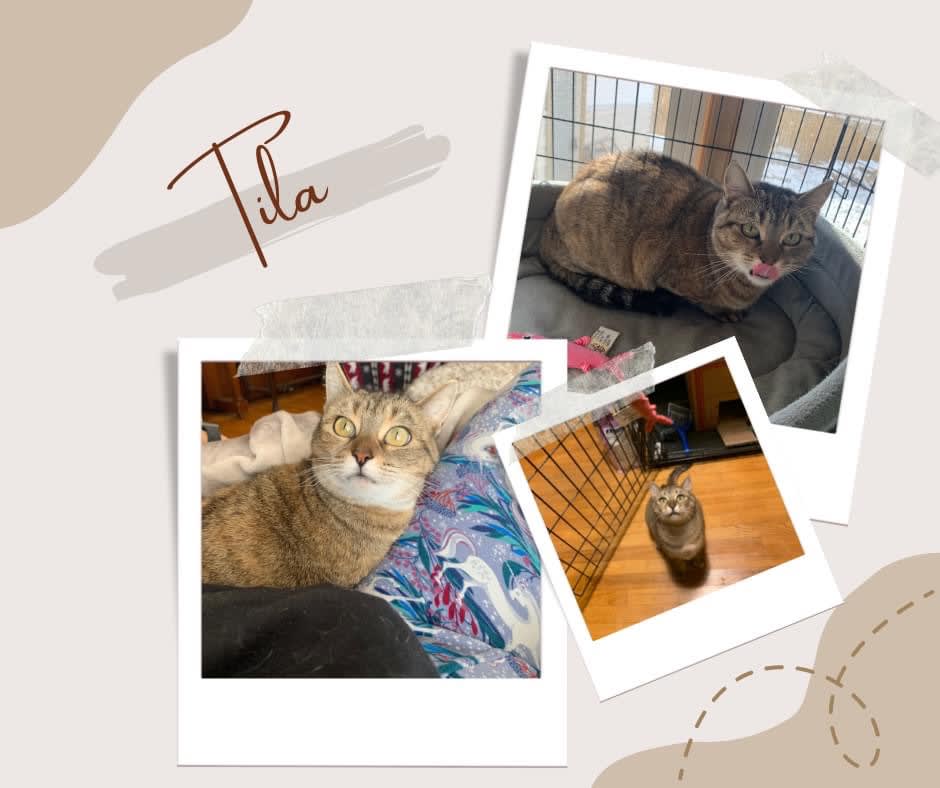 *** Please note that we are NOT accepting applications for the cats listed as Coming Soon. These cats have either yet to arrive or have only just recently arrived. Once their foster families get to know them a little better, a detailed bio outlining their personality and describing their ideal home will be posted and we will then begin accepting applications for them. ***

Tila was found as a stray wandering around and had a distended stomach, which made rescuers believe that she was pregnant. She was dewormed and later found to not be pregnant, even having fooled the vets. We think it was because she wanted to stuff her face and kitten food to gain some extra weight for the winter.

This pretty girl is a very easy going cat. Her foster mom makes reference to a plant; she likes to sit in the sun and doesn’t move much. Don't be fooled, though, as she will play with you if you try to get her engaged with a string toy. Tila will sit on your lap if asked to, but then she gets bored and walks away and goes to find her own little corner.

If picked up properly Tila doesn’t mind to cuddle. She does get scared of falling when her feet leave the ground, though. It’s unknown if Tila will be good with other cats, as the foster doesn’t have any, but she was found with three kittens (which were about eight weeks old) They are believed to be her kittens and they were all adopted through Pets Alive.
This pretty girl will need some kind of a scratching post and is a very content cat that loves to be pet. She is very quiet but can be quite vocal when she wants something.

If you're interested in giving this beautiful kitty a forever home, don't hesitate to apply below.

The feline adoption fees help cover the costs associated with rescuing, such as vetting, food, kitty litter and other expenses.

Prior to adoption, cats are spayed/neutered, vaccinated, microchipped, dewormed and given flea treatment. In short, they receive any necessary treatment. Immediately following adoption, they are eligible for one month of free pet insurance.

For more information about adoption fees, please review our Adoption FAQs & Fees page. alternatively, you can email us and communicate with our Adoption Coordinator: petsalivecats@gmail.com.