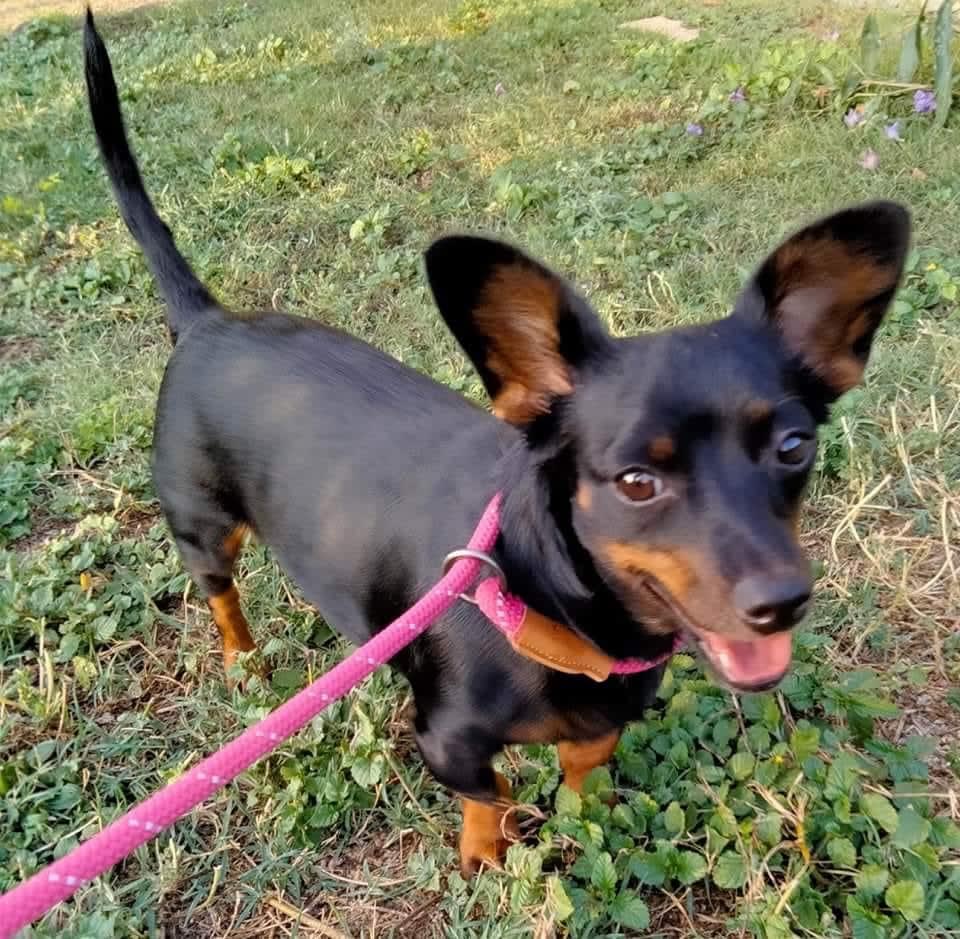 *** Please note that we are NOT accepting applications for the dogs listed as Coming Soon. These dogs have either yet to arrive or have only just recently arrived. Once their foster families get to know them a little better, a detailed bio outlining their personality and describing their ideal home will be posted and we will then begin accepting applications for them. ***

Squirrel is a super sweet girl that greets everyone with tail wags and kisses! Loves running around and playing, but also loves a good snuggle on the couch.

Not a fan of the crate, but she’s good in the home hanging out on the couch. So far, no destructive issues.

It’s been noted that Squirrel doesn’t like it when other dogs go near her crate, while she’s in it. Can be reactive with other dogs, while on leash, but is good with them otherwise.

Loves to play with toys and literally plays hide and seek with herself if you give her a bone! Loves to be a couch potato too!

Squirrel would benefit from basic obedience training as well as a fully fenced yard. Her ideal home would be with a fairly quiet family/person. She would make a great companion to almost anyone!

Adoption fees help cover the costs associated with rescue, such as vetting, boarding, and transportation.

Prior to adoption, dogs are spayed/neutered, vaccinated, microchipped, and 4Dx tested, and they receive any necessary treatment. After adoption, they are eligible for one month of free pet insurance.