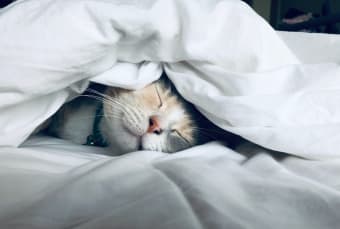 Pet ownership requires a lot of planning and decision making.

Do we adopt a rescue - well, that’s an easy one! What do we name him? What type of bed do we get for her? What food to feed them? What toys will he like? These are easy to answer and it’s fun to go shopping so they can have things of their very own.

Then there are some tougher questions that some people struggle with. No one wants to think of the inevitable but just like planning to bring them home, planning is still required for those times that aren’t so much fun. Just like us, our pets can get sick. When do I seek veterinary help? The answer is, at the very first sign something is not right. It’s easy to hop on the internet to try to make a diagnosis yourself but the best thing to do is let professionals take over and let them guide you.

One of my rescue dogs, Kasey, one morning was not well. Vomiting and lethargic. I took her to her vet who immediately sent us to an emergency vet. It turned out to be a bad case of pancreatitis. She was in the hospital for four days with an IV. She would only eat out of my hand but she pulled through. If I had waited to see if she would have gotten better on her own, I’m not sure what would have happened.....well, I do know but don’t want to think about it. I made the right decision.

Same dog two years later at the age of seven. Older dogs start getting lumps, lots of them. I felt one on Kasey and knew that the majority of lumps are nothing to worry about. I still decided to have this one checked out. Lucky I did. It turned out to be a cancerous, aggressive tumour. It was small but within two weeks had grown to about the size of my fist. Those two weeks were some of the hardest I’ve ever had. Kasey ended up in Guelph because this was beyond what her regular vets could handle. The choices given to me were amputating her entire leg and shoulder, cut out just the tumour with a high chance of not getting all of it, or leave it until it took her life. I decided to amputate because I was told it would give her the best chance at a long and happy life. I did what I could for this girl who deserved that chance. It was not easy to care for her after surgery but I knew each step was worth it. She is now nearly 16 years old. She’s lived with three legs for longer than she had four and they were right. She’s been happy and healthy since and I have no regrets. That was my decision and it was right for us at that time.

I made the decision to get pet insurance on all my animals. That’s all I will say about that!

I know there will be a final decision to be made in Kasey’s future. I’ve been there before with another one of my dogs and I do think about it. People ask, how do you know when it’s time to say goodbye? You know. And they know. It is a gut-wrenching, heartbreaking decision and maybe one of the hardest things to do. And it’s ok to make that decision for them because it’s what you know is best just like at the beginning. You gave her the best name. You got the best bed, the best food, the best toys. You gave them the best life because you made all the best decisions along the way. No matter how old they live to be, you can look back on that magical relationship knowing it’s because of your choices. Coping with the loss of a pet is real. It’s harder for some and there are now more options to help with grief. That is a choice you need to make for yourself.

And then the question comes up. Do I get another pet? Perhaps. And then the whole cycle starts again and you end up reading blogs on rescue dogs trying to gain some insight for your new pet!